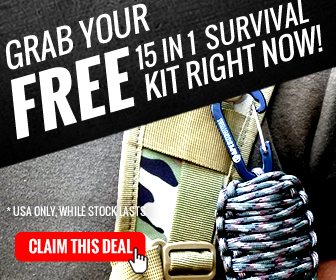 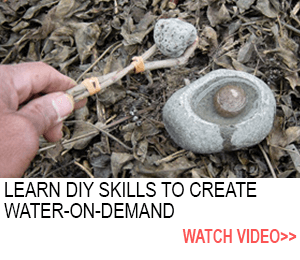 Cyclones, typhoons and hurricanes are frightening. If you are unsure what is the difference when comparing the 3 types of storms, there pretty much isn't any specific distinction between them. They're just known as different names depending upon where they originated from.

While this little bit of general knowledge is enjoyable, as a prepper there's only one factor that you need to recognize is that whatever they're named these storms create chaos! As they may be so life-threatening and destructive that lots of people may well need to evacuate the locations that are going to be impacted when the storms hit.

Very frequently, this will trigger massive traffic congestion & even a shortage of fuel. Hurricane Irma is a good example of this. People were queued for many hours in the gridlock and several had to wait a long time to get gasoline for their vehicles' and they were considered the lucky ones.

There were great numbers of other individuals who where not so lucky as they could not pull out. Either they didn't have the resources to pull out or they had no place to head to. It is an unfortunate scenario nevertheless an extremely possible one. In this particular article, you'll learn ways in which to minimize the damage caused by wind to your house.

Whereas the tips listed below will not tell you the way to deal with the flooding that might happen, they'll help to keep you secure in your home during the course of strong winds or a storm. The damages from these types of storms and strong winds may be enormous and when objects just about everywhere are becoming flying debris, you certainly need to have an idea what to do to protect your house, yourself & your loved ones.

Safety From Flying Glass From Your Doors And Windows

Ideally you really should have storm shutters installed so that you are able to use those to cover your glass windows & doors. But if you do not, you can use heavy duty duct tape as an alternative.

Stick long lengths of strong duct tape over your windows and glass doors in the form of an asterisk. If the pane is shattered, pieces will not be sent flying all over since the duct tape will be binding the bits of glass together.

Ensure that your roof sheathing is firmly tacked to the home to ensure that the whole roof isn't ripped off in the middle of a strong wind or storm. The shingles on your roof want to be well-fitted and firmly fastened or they will all be uprooted and transformed into flying projectiles.

Remove Or Secure Any Lawn Furniture Or Garden Decorations

If you've garden decorations, lawn furniture, toys, trash bins, etc. outside your home, you need to remove every one of them and move all of them indoors. A strong wind or storm can take up all of these loose items and launch them speeding straight through your glass doors & windows. The intention here is to reduce the possibility of projectiles hitting your property.

If you have a swimming pool, cover it or drain it. In the event that you cover your pool, a projectile that's thrown on to it will totally rip your cover that might then cause more debris being tossed around by the strong winds or storm.

In the course of a storm which continues for days, the soil can eventually be soaked & once the high pressure builds up, it is able to dislodge the groundworks of an empty swimming pool and even force it out of the earth. The water in the pool adds a lot of weight to your swimming pool & this can help prevent this taking place. There's no real need to stress over an overflowing pool if you've reliable drainage.

Just by considering the tips in this article, your house will be a lot less likely to becoming wrecked during the course of a hurricane, cyclone, typhoon, or any type of violent storm for that matter. It really goes without saying that careful & early prep work creates its very own good luck.

You do not want to find yourself in a situation in which you can't get out but you are additionally not sure when it comes to the basic stability of your property. Make certain that your property is in good order ahead of a storm looms over the horizon.

7 Skills Every Prepper Must Have

Sign up below to get your copy of the FREE REPORT!